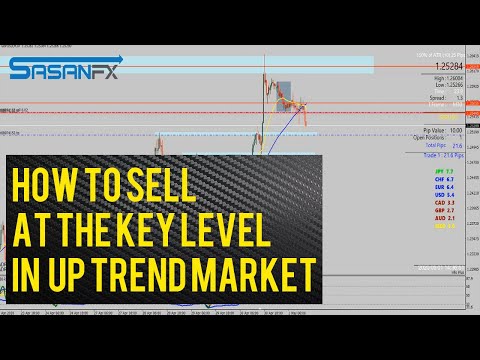 Complicated identity hoping this post will help me feel better...and maybe figure out some general labels

[PI] The last surviving logs of the crew of the I.S.S. Conan, a space cruiser that was sent to investigate a particular celestial anomaly near the Conflictus Solar System.

Continuing
We had three groups of demo wire: mine adit, ANFO on the mine floor, and just because, some black powder placed into the old, but unused, drill holes in the mine face. The party room was going to be detonated remotely. We decided to blow the face first, then the ANFO, then the adit. After the applause died down, I’d trigger the party room. Then, the final drinking light for this mine site would be lit. Tomorrow, we pack up and travel south.
But first!
“Good evening, ladies and gentlemen! Welcome to your first abandoned mine demolition. This hole in the ground has become a menace, alas, through no fault of its own. But steps must be taken to remove it as a threat to society; to protect society from itself. I’ll let you cogitate over the irony of that statement at your leisure. Please, folks. This once was the provider of many a family’s daily bread, butter, and beer. A moment of silence. A moment of reverence. A moment of reflection.
submitted by Rocknocker to Rocknocker [link] [comments]

So, let me annoy everyone with my rant. If want to get to something more substantial just skip ahead.
All this situation with build systems and hype around it can't help but remind me about good old xkcd panel. This situation seems completely paradoxical. We are ready to happily dump hundreds of human hours to discuss and design an obscure standard library feature which is required by 3.5 people and still are not willing to figure out and agree on way we build our software which is required by everyone. And we still claim to be grand C++ programmers who write most performant, efficient and elegant code out there. Bunch of us wrote most complicated systems in the world. And still look at the stuff we use every day. Ugh...
There is only one conclusion that comes to my mind: we just SUCK at designing our own tools.


I don't want to come as all-knowing or claim I found a panacea. This post is mostly a brain dump of what was lazily brewing in the back of my mind for some time. It could be completely wrong, it could be far away from real world, I don't care. I just hope it will help us find the right direction.
And no, there is not need to remind me. As a fellow C++ programmer I absolutely adore convoluted solutions and overly complex systems.


When we design something, first we need to decide our goals. For build system it would be:
A lot of people focus on first point and completely forget about the second one, although it is equally as important.
Let's not dig too deep and take compilation model from what we have nowadays. It seems to be fairly stable and widely adopted. According to it there is a number of atomic (within reason) operations that need to be performed:
* Probably required for module bodies (templates?). AST is just an example - can be any other format that makes sense (including toolchain-specific)
** Haven't been following module hype train. Are there any details on concrete implementations yet? I assume this is more or less what's supposed to be going on, but some operations here might be unnecessary (like interface assembly).
*** I believe I've seen some people (indirectly?) objecting to this step ("we don't need meta-build systems like CMake", although they might have a different objection point to this), but realistically this step is absolutely necessary as it includes stuff like choice between release/debug build, choice between target architecture etc.
What's come to mind when looking at the list? I guess
When we talk about toolchain invocations we actually need to know which compiler we use to correctly issue compilation flags. Like call gcc for TUs but ld for linking exe, pass /Ox when handling msvc, but sometimes its just clang++ for everything, and yeah don't tell linker weird stuff when compiling with asan. I mean... WTF is this mess? Why in all three hells your building systems needs to know all of that?
It's actually a complete disaster if you squint your eyes. We leak implementation details all over the place. Who cares if your toolchain has one executable or 10? Who cares if its dashes or slashes? All I want to ask is "do (one of 1, 2, 3, 4, 5)", why anything else should concern me?
I mean at this point it makes sense to just have one executable which can be told what I want to do, not how to do it. Isn't it how good APIs work? Btw clang team apparently come to similar idea much earlier than me and hid all their stuff behind clang++ executable. Anyways this is where I think we should start counting our tools: Toolchain Abstraction Tool.
​
The second part is resolving dependencies. TUs consume modules, module consume modules, all that. Basically speaking, if modules stuff is represented as files, we can explicitly feed those files in invocations where they are needed. Then ordering invocation is "trivial". Well at the very least in context of state-of-the-art contemporary systems: we already do this with headers. Needs some tweaking at most.
What deserves much more attention is optimization techniques. Currently we have 3 (correct me if I'm wrong):
To manage all this we can have another tool: Script Execution Tool.
​
Next comes configuring our project. Project Configuration Tool. Part of CMake fills similar role, and you can easily witness how screwed up everything is when you are trying to support multiple targets and multiple toolchains.
​
File Management Tool. Tucks your files where they need to be, fetches from internet, didn't give it enough thought, something else?
​
So overall we can round up the zoo to whole... five tools:
Yes, I added a fifth one, but everything in order.
​
Toolchain Abstraction
Responsibilities:
Script execution
Responsibilities:
Project configuration
Responsibilities:
File management
Responsibilities:
Virtual environment management
Responsibilities:
This may seem unnecessary, but it is essential step towards reproducible builds: now we have (almost) perfect information about what is available to the project. True, that some of it can inferred (direct project dependencies) but some are not (like exact toolchain configuration, or other tools).
Also others (for ex. Python) already realized usefulness of such abstraction and are making tools to handle it while we are still doing our woodoo dances around compilers.
You may ask now, WTF I want to make my project in one line. And yes, now you can have it, the 6th tool: Project management tool. Let it make your life easy:
But seriously I don't care if it's easy to set up project in one line or easily link a famous library when everything is a dumpster fire and any step left or right leads to hours of suffering and guide/manual smoking (yes, CMake, I look at you).
I don't know, maybe it's just me, but everyone for some reason jumps directly to last item on the list and handwaves the rest. It's literally the least important one, and obviously most desirable one: a nice facade hiding complex machine. Except such build tools usually find crutches behind itself instead.
This is where my mind is now. Maybe some abstraction levels are wrong. Maybe we need to merge/split something, or completely rework the workflow? I don't know. If you know - help everyone to figure it out.
Anyways I'm super tired right now, hope this wall-of-text makes at least some sense.